Recommended Reading: Small Steps, The Year I Got Polio 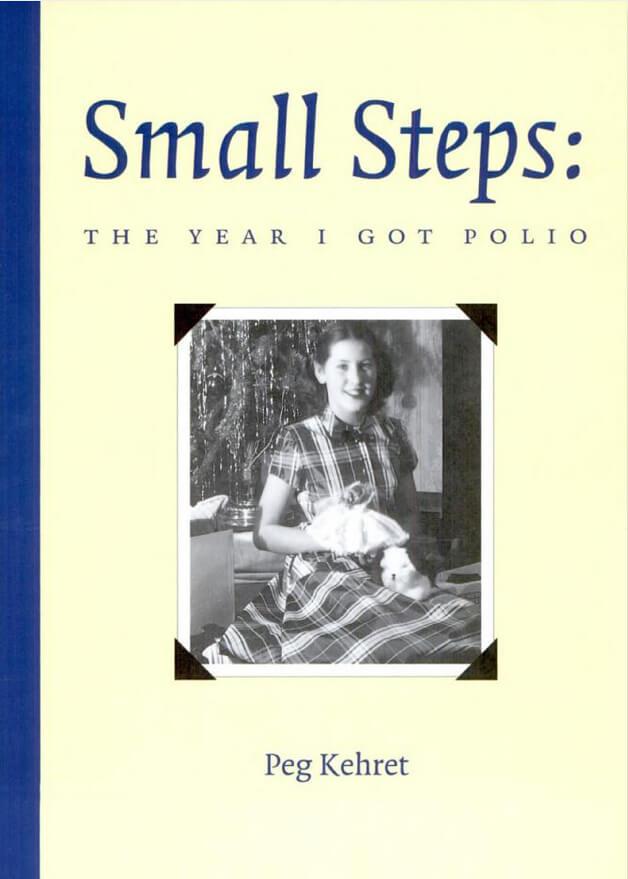 This 2016-2017 Oregon Battle of the Books selection tells the true story of Peg Kehret, who at age 12 contracted three different kinds of polio. Surviving the initial paralysis brought on by the illness, Peg had to learn how to walk again. This is a story of strength and courage in the face of an uncertain future.

Summary of Small Steps: The Year I Got Polio

In September 1949, Peg collapses at her school in Minnesota. She goes home with a high fever, and around midnight, starts to vomit. Her parents take her to the hospital where she is diagnosed with three different kinds of polio.

She is soon transferred to University Hospital because she needs a respirator. Peg is placed under an oxygen tent to help her breathe a little easier. After a few days, she is allowed to move out of isolation, but all of her belongings from her room are burned because they may contain the virus. Her new room has a roommate named Tommy, who is put into an iron lung. Peg reads to him when she’s feeling better, and together they listen to The Lone Ranger.

After she starts to recover, she is moved back to Sheltering Arms hospital where she rooms with four other girls who have polio: Dorothy, Shirley, Alice and Renee.

This story documents her nine months in the hospital and her long road to recovery.

In 1952, there were 21,000 cases of paralytic polio in the US. It was one of the most feared diseases of the 20th century. Today, there are none. The United States has been polio free for more than 30 years, but the disease is still occurring in other parts of the world. It would only take one traveler with polio from another country to bring the disease back to the United States. Learn more about Polio.