According to the Center for Disease Control and Prevention, as a result of the rubella epidemic of 1964-1965, 20,000 infants were born with congenital rubella syndrome.

My baby was one of those infants.

During that epidemic I was exposed to the rubella virus in the first trimester of my pregnancy and thus it was transmitted to my unborn child. Because of this my daughter was born with a number of incurable health issues, including partial blindness, profound hearing loss, congenital heart defect, and growth retardation.

A vaccine for rubella was introduced in 1969 and since that time rubella has almost been eradicated in the United States. The rubella vaccine has saved countless children from being born with severe birth defects.

They are two different viral diseases. Measles, which has been spreading in the United States in recent months, is rubeola. German measles is rubella. Rubella causes a milder illness than measles, but it is of particular concern because if a pregnant woman becomes infected, the virus can cause severe birth defects.

“Effective vaccination programs have greatly decreased incidence. Although Rubella is a relatively innocuous illness for the nonpregnant patient, transplacental fetal infection with rubella can result in significant and crippling fetal malformations and handicap.” View Source

As a parent who had the benefit of some medical education, and a home birth hippie Mom, I was scared to give my babies the full slate of vaccinations so young, before I even knew if they had allergies to common vaccine ingredients, or any other contraindications. It was common among my “tribe” to distrust vaccines. I refused the hepatitis B shot when my older son had to go to the hospital after birth, in 1997. If it’s primarily a sexually transmitted disease, I figured, I’ll give him the shot when I give him his first condom (which I did.)

But I quickly discovered that when I balked, I was thrown out of the boat by providers. If I questioned the wisdom of hitting up a baby with so many vaccines at once, I was treated like a pariah. All I wanted was a gentler approach, more spaced out over time, more considerate of my reasoned reticence, and to wait until his exposure to foods and allergens let me know if he was at extra risk. But I was reviled and few practitioners would discuss the issue with respect. (I remember that Ruth at the Josephine County Health Department was an exception, and she tried to work with me kindly.)

I am a member of the Takilma community, and Dr. Jim Shames, former director of the Jackson County Health Department, is chosen family to me. He respected my concerns and was willing to discuss them with me, point by point, with strong science and research behind his contentions, instead of judgement and rejection. In him I saw a cultural peer, and a deeply informed professional, all in one.

He patiently explained to me that my children were at a genuine risk of pertussis in our largely unvaccinated subculture, and that the shots posed very little actual threat. We dissected the risks bit by bit. They were revealed to be very small in comparison to the gains. I gave my kids a few basic shots, one at a time, and they had no adverse effects. I had to use all my resources and privilege to stick to my resolve to do one shot at a time. It was hard, with the county clinic being an hour away from home.

Eventually I relented and did more shots at a time. We had never had an adverse effect. Doctor Jim Nordal said to me “a kid gets more pathogens at once crawling across the kitchen floor. These are just tightly targeted.” That gruff image made a great deal of sense to me.

Now my sons are 17 and 22. They are fully immunized. I do believe that vaccines are a miracle of modern medicine. I also believe that some pharmaceutical companies are mendacious and self-serving. But I trust my own small town doctors to alert me if they feel there is something deeply amiss. I also have a much better understanding of how immune responses function, and how vaccines activate that function.

I have always had a deep respect for Jonas Salk, Lady Monagu, Dr. Margaret Pittman,  and other pioneers whose careers were dedicated to saving poor kids from epidemics, but I felt the corporate medical establishment did not have the same altruistic motives. Ultimately, though, I am unwilling to allow the depravity of some drug companies to lead me into rejecting the most potent miracle modern medicine has to offer; the simple, almost painless avoidance of diseases that for centuries were the scourge of parenthood, and which populated cemeteries with tiny, tear-washed gravestones. People like Dr. Isabel Morgan and Dr. Anne Szareskwi gave their careers to keep my children safe from pain, blindness, infertility, and death. I refuse to allow that to be taken from my family because some of those companies’ other actions have been about money instead of care.

As parents we often have to make decisions that feel like licking sugar from broken glass. But I do believe we have the ability to do this well. If I had it all to do over, I might still wait a few months, but I would accept the full range of shots sooner, with a lot less fear, but with the same gratitude to the scientists, pioneer women in medicine, and public health crusaders who built a new paradigm in which losing a child is no longer to be expected, but a tragedy that’s rare. 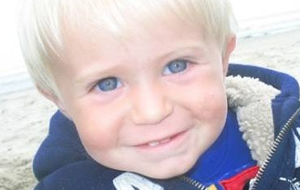 I lost my son to bacterial meningitis one day shy of his second birthday. I would give anything for him to have had the vaccine that is currently available. No child should die from an illness that is preventable.

We heard a lot of negative accusations about vaccination from people we know, so we did a lot of research of our own to determine what we thought was the safest thing to do for our baby boy. After reading multiple books on the subject, we determined that the evidence that vaccines work against diseases that are known to be dangerous, or deadly, is irrefutable, whereas the connection between autism and vaccines is anecdotal.

Even though the possibility of a connection between vaccines and autism still scares me, I will take hard facts over anecdotal information any day.

My support for vaccination stems from my belief that it is easier and wiser to proactively prevent disease than to reactively treat illness. Along with sanitation, vaccination has done more for the health of our species than all the pharmaceuticals produced.

The power of vaccine-preventable disease was part of my training in the form of a young woman with tetanus. Paralyzed and intubated for months in her third decade of life, her future would never be the same. The source was not precisely known, though one consideration was a unseen contamination during a manicure. So moved was I by that experience that years later after a risky injury I gave myself a tetanus shot in the thigh rather than wait a long weekend to see a PCP.

I don’t remember the measles I had, though I do remember a miserable school Christmas vacation due to the Chicken Pox. When it was my children’s time for vaccination, I presented them right on time and never had to nurse them through those illnesses. When newer vaccines evolved, specifically HPV, again my kids were at the front of the line (and in the case of my son a little ahead of the line).

Recently I toured a medical museum and saw my first iron lung. I can hardly imagine what it was like to face an entire ward of these machines and the suffering patients and families they would represent. To be spared that by the development and use of vaccines is, to me, a manifestation of grace.

I decided to get my son Wyatt vaccinated because I wanted to make sure that I gave him every opportunity to have a successful and healthy life. I didn’t want any disease that was on the verge of extinction in the United States to affect his physical and mental success.